Thoughts following the viewing of Fattitude

What exactly is fat?  What does it mean to call yourself or someone else fat?  At the most basic level, fat is merely an adjective related to size no different than thin, tall, or short.  However, the adjective of fat also includes other information inlaid within it that we all are influenced by, whether we identify as fat or not.

I had the privilege of attending a screening of a new documentary called Fattitude recently, which really made me think about this concept. It was a highly thought-provoking documentary and I hope you all get to see it one day, as well.   This documentary focused on the culture of fat-shaming and the experience of being seen as fat, as well as being or feeling fat.

Let us for a moment imagine a scenario… You are sitting in your assigned seat on an airplane and you realize that the person who will be sitting next to you has a fat body and cannot fit into their seat.  What are your thoughts?  Do you blame the person for your discomfort?  Do you make assumptions about this person’s character or how this person became fat?  Do you think this person should have to pay for two tickets due to their body size?  Do you think about their discomfort?  Do you wonder about their safety being compromised because of an ill-fitting seat or seat belt?  Do you wonder why the airlines aren’t more accommodating to their passengers?

I am sure most few readers have thought some of the items listed above.  Most of us have.  However, have you ever considered the last three highlighted questions?  Likely, you have not.  Or at least I hadn’t until watching this documentary.   We live in a culture where fatness is blamed, where fat people nearly lose their personness, and where we make assumptions about a person’s ability to “control” their size.  I want to be clear that even though I strongly believe in health at every size and body positivity, I have not been exempt from the influences of our culture.  I have had to do a lot of work to redefine fatness.  I am highlighting my own awareness in this blog also.   For some reason, I had never considered how that person felt on the plane, whether they were actually safe, nor why the heck airlines wouldn’t accommodate these passengers.   Asking a larger-bodied person to buy two tickets is discrimination, that I know.  However, why had I not thought about their experience and only my own.  This person in the seat next to me or you is just as or more uncomfortable than their neighbor.   Plus, those seats don’t really fit anyone.  I am a fairly small woman and I barely fit in the seats.  Why is it that we expect fat people to accommodate to thin ideals and we cannot accommodate them?

First, it is because as a culture we blame them for their size.  We are all victims of the multi-billion dollar diet industry that insists that merely diet (specifically the diet they are trying to sell you) and exercise, “self-control” and healthy living will make and keep us all thin.  Well, that is just not true.  Health is not determined by size.  According to Dr. Bacon (2008), Even if we all ate the same thing, exercised the same amount and practiced the same routine throughout the day we would all still be different sizes and have different amounts of body fat.  Why?  Because we are all different.   This is a matter of diversity and each of our bodies require a different range of weight to maintain optimal health.  The person is not to blame and our society has been taught time and time again that fatness is a problem that we must do something about.  I don’t see the same concerns for tallness, shortness, or thinness.  One powerful point from the film expressed that we expect fat people to engage in the same unhealthy behaviors we diagnose and treat in Anorexic clients.

This brings me to my second point, our cultural fears and scrutiny on fatness.  When polled, more people have reported that they would rather lose 10 years off of their life than be fat, would rather have a learning-disabled child than a fat child, and would rather lose a limb than be fat.  The proof is in the fat-free pudding, our culture is terrified of fatness.  But why?  We know in other societies and time in history that being fat was revered as a sign of affluence and nobility.  Why do we feel so repelled by fatness now?  Simply put, we are taught to.   The fear is so great that culturally we separate fat people from society.  Fat people lose their personness when we shame them.  How many larger bodied actors or actresses can you think of who are maintained as an object of someone’s affections in movies and tv, without making fun of their weight?

According to Fattitude, 92% of teens say they have witnessed bullying and harassment of their fat peers. Researchers at the Rudd Center for Food Policy & Obesity at the University of Connecticut has also found that weight-based bullying is the most common form of bullying among children. Because of this, many kids would rather be called dumb than fat.  The solution is to not reinforce the bullies by telling or forcing fat children to lose weight, the solution is to teach healthy (not skinny) living to all children, teach acceptance, and stop body-shaming.  Instead, we would rather make a person pay double for a plane ticket than ask the airlines to make their seats more accommodating.  Don’t fat people deserve love and respect?  Or is love and respect conditional and only permitted if they lose weight, not that most people successfully can. 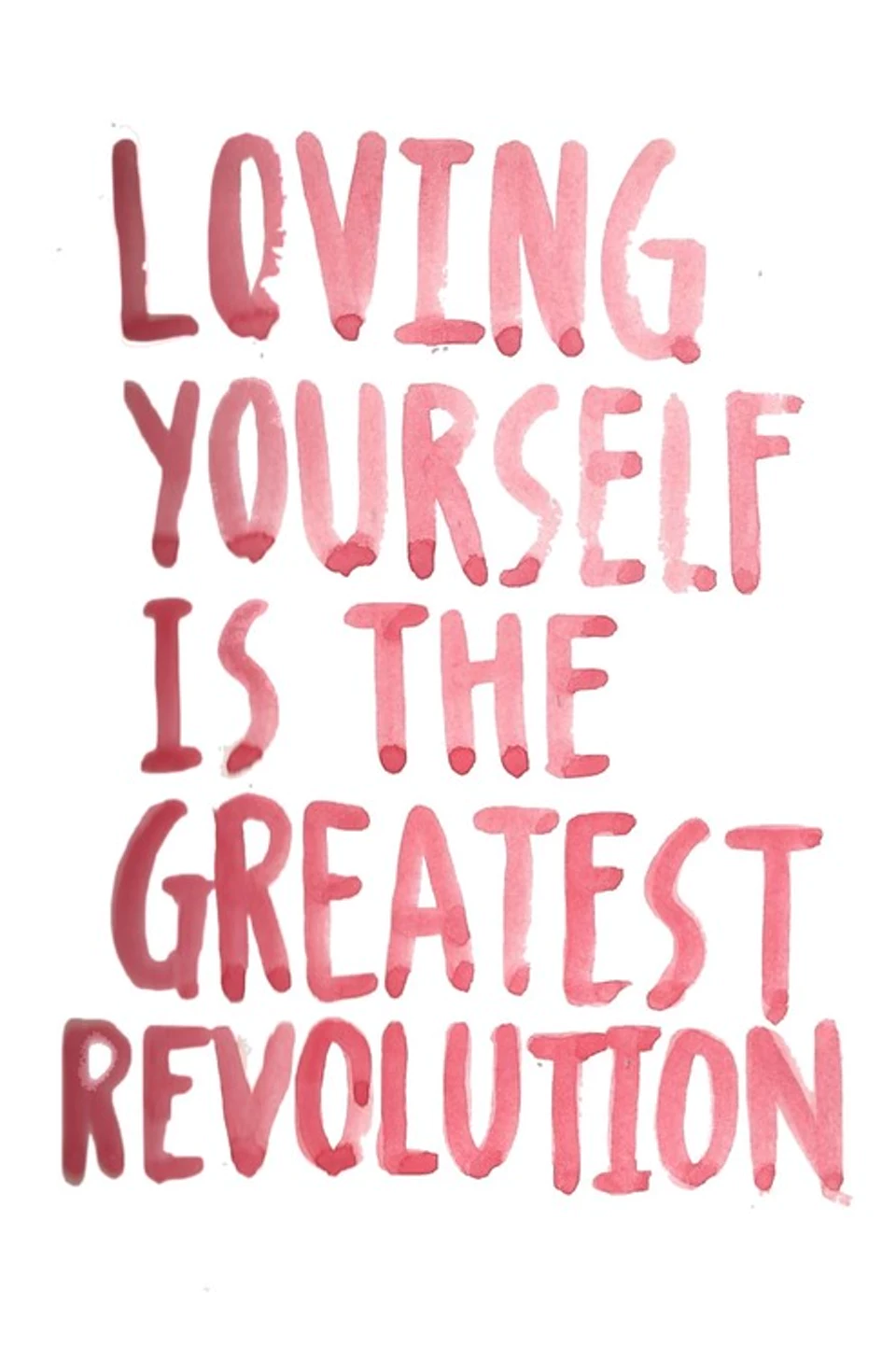 So what can we do?  Be a rebel!  Rebel against the norm of fat-shaming on yourself and on others.  Don’t engage in the fat-talk conversations where everyone sits and talks about how “gross” they are or how they need to go on a diet, as they poke at their thighs.  Body acceptance is the best way to rebel.  Work (and yes, it is a lot of work) towards loving and appreciating your body, that sacred vessel that is carrying you through this life and works hard to keep you alive daily.  Rebel against the diet culture.   We don’t need it and it only drains our bank accounts and our self-esteem.  Notice and work to challenge your judgements about fat and body size.  Finally, be an advocate.  Redirect fat-bullying both with children and adults.

I hope my readers found this post informative and that it made you think.  Body Positivity has been a passion of mine for a long time, but I haven’t written anything about it.  However, I felt so compelled to write something after seeing Fattitude, because I was so inspired by the film.  I highly recommend it.  You can find information about the film on fattitudethemovie.com.

Popular posts from this blog

When is the Right Time to Start Therapy?

November 08, 2017
When is it the right time to start therapy? The decision to start therapy usually weighs on people's minds for extended periods of time before they decide to take the leap into starting or continuing their therapeutic journey.  Some people have never been to therapy and are unsure what to expect or are skeptical of the benefits.  Others have gone in the past and chose to or had to stop and are unsure if they want to start again.  Therapy is a commitment, this most people know.  It is a deep, meaningful experience and relationship with their clinician.  However, it is often times scary due to the vulnerability of the process.  Therapy can allow people to reach deep and sometimes painful emotions within themselves.  It is a substantial emotional and possibly financial investment.  I understand this is not a major selling point to help someone decide to start therapy.  However, I wanted to validate the barriers that most people face when making this decision.  "Am I ready for
1 comment
Read more

Finding the Right Therapist for YOU!

December 06, 2017
Finding the Right Therapist for YOU!   As we explored in my previous blog post  When is the Right Time to Start Therapy?  the decision to start therapy is often a very thoughtful and difficult one.  Part of that challenge is trying to imagine the therapeutic experience with a stranger and worrying about who you would choose to work with.  Would they be able to help you?  Who should I choose? There are thousands of therapists out there.  Searching on Google or Psychology Today for "therapist" in your area will produce an overwhelming amount of websites and names.  So who do you pick?  I want to help you by providing you with some tools in this post that can help you narrow down your options and decrease the anxiety that goes into making this decision.   Questions to ask when searching for your ideal therapist What are you seeking therapy for? People seek out therapy for a multitude of reasons and for each of those reasons there are specialists out there.  Narrow your
Post a Comment
Read more